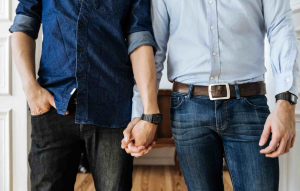 Being gay can be a traumatizing experience for many people. Throw in the stigma that comes with having an STD and the issue goes to a whole different level. Well, there are many kinds of people around the world and while some provide solutions, some see faults in all the solutions. There are people who will try to get news from anything they consider sensitive and will never provide any alternative solutions to whatever is ailing the society. In this case, we will look at being gay and living with a lifelong STD and what a reporter at Debate Report had to say.

The gay community has had to fight many stigmas throughout the last few decades, many of which are finally starting to subside. However, that doesn’t stop everyone from churning the pot and finding other ways to prey on gay men, more specifically the CEO of dating website meetpositives.com.”

Let us start with the claims above. Meet Positives is a dating website like the many others online. The only difference is that it caters to people living with lifelong infections. The website does not cater to the gay community alone; it is a website for anyone living with an incurable STD and looking for a comfortable dating space. Not including the gay community is what can be termed as a true discrimination.

Meetpositives.com CEO Lombardi continues this attack by asserting, “If you are gay, you have AIDS.”
To further spread the anti-gay agenda, he has created a dating website targeting gay men with STDs. Users of the website are encouraged to create a dating profile and match with other gay individuals suffering from AIDS, HPV, HSV, or Hepatitis. Not only are these gay men tricked into supporting the CEO’s statement, but they are also entering into a community where STDs are openly accepted.”

Apart from providing a safe dating space for people living with incurable STDs, Meetpositives.com puts a lot of effort in creating awareness. The site provides information about different STDs statistics, how they spread and how people can avoid infection. It might have been a great thing for the reporter to provide evidence of the said quote from the CEO of Meetpositives.com. For someone who has dedicated resources to helping stop the spread of STDs, this is not something they would say. Openly accepting people with STDs is the farthest thing from discrimination. What if we all refused to accept people in the gay community living with STDs, what kind of a world would we be living in?

The CEO goes on to say, “As new HIV treatments have become available, young gay men stopped using condoms and this has resulted in the spread of other diseases.” Although refusing to come clean about its agenda, the website acts as a way to quarantine homosexuals from interacting with the larger community.”

Again, there is no evidence to support this claim. Quarantine is the most inappropriate word to use when you are talking about niche dating sites. There are dating sites for doctors, engineers, Christians, Muslims, and many other groups. No one is saying that the dating site has quarantined Christians or doctors. But because touching on the gay community gives the reporter journalism mileage, it had to be done.

Meetpositives.com corals these men into isolation from other members of the community while continuing to perpetuate the idea that all gay men are HIV positive and to blame for sexually transmitted disease epidemics.

To join the fight against gay stigma, we are encouraging you to learn more about the problem. Visit Meetpositives.com. Spread the news, and prevent more people from becoming victim to yet another anti-gay internet scheme.”

Meet Positives is a dating website that you join because you want to. People who have joined the site have found love and support on the site. Yes, the journalist is right, you should visit the website and judge the content from where you stand. It is unfortunate that a good course can be portrayed in such a manner. Here is what the website says:

Built for STD positive people, MP (Meet Positives) is an alternative to dating and a second chance for positive people who live with a sexually transmitted disease. Our goal is to help impacted people feel normal again in a relationship.

MP helps positive singles avoid the embarrassment and possible rejection by telling a potential mate about their condition. Our members join because they want to find and date others who have experienced the same struggles. Our algorithm matches people who are living with the same condition(s), by distance and by their personal saved criteria. Registered members enjoy searching profiles of positive singles who also want to date, share their stories, and learn more about their conditions on discussion forums.”